Musician and Researcher based in London, UK

Institute for Social Impact Research in the Performing Arts (link). 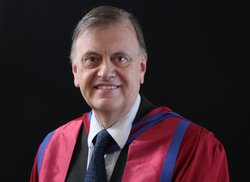 My first love was music, and I took classical piano lessons from the age of 7 till adulthood, and have most enjoyed chamber music, accompanying singers and instrumentalists.  Alongside this I developed a love of ensemble singing, and have sung in choirs big and small over the years, ranging from local community choirs to large symphony choirs.  I also have worked as a choral conductor, including being founder Director of the Keele Bach Choir for 20 years.  Currently I am member and associate conductor of the Hackney based community choir, Chorus of Dissent, founded by Ruth Whitehead.  Most recently of all I have begun an artistic collaboration with the Argentinian Tenor Rafael Montero, in a repertoire of art songs from the hispanic world, and also with his early music ensemble El Parnaso Hyspano.

My main professional work has been as an academic psychologist, first at the University of Keele, where I am now Emeritus Professor of Psychology, and currently at the Guildhall School of Music & Drama, where I am Research Professor, Founding Director of the soon to be launched Institute for Social Impact Research in the Performing Arts, and Principal Investigator on an AHRC-funded international research project "Music for Social Impact: Practitioners' contexts, work, and beliefs" (2020-2022).   My academic work and my practical music making constantly cross-fertilise each other.

I have also had a longstanding concern for the effects of war on the civilian population.  With Hamit Dardagan I founded the web-based project www.iraqbodycount.org which provides an ongoing record of violent deaths following the 2003 invastion of Iraq.  Since 2007 we have also co-led the Every Casualty project (www.everycasualty.org) which works towards the aim of ensuring that all lives lost to armed violence, anywhere in the world, are properly recorded.

Double-click here to add your own text.